Whether it be a puppy or a full grown adult, there are many techniques used to train animals. Do not be fooled by the age old saying that you cannot teach an old dog new tricks, you can teach any age of dog new tricks. It is just a matter of time and commitment to making sure your dog learns the trick properly. 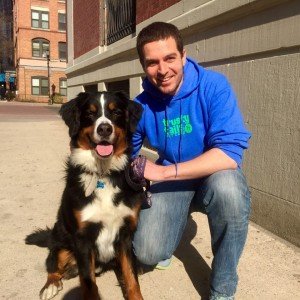 Does Breed Matter When It Comes to Dog Training?

The dog breed does come in to play with how quickly a dog will pick up what you want it to do. The more intelligent breeds such as Border Collie, German Shepherd, Golden Retriever etc will learn faster but that’s not to say that you can’t teach any breed, you can teach every breed.

How do you go about teaching a dog you might ask well there are four techniques used to train dogs:

Most of you may balk at the thought of punishing your dog and trust me I would hate to punish any animal, but let me break down the terms so you can get a better understanding for what they entail.

Positive reinforcement is when you reinforce a behavior by adding something, let me give you an example. You wish to teach your dog to sit on command, to achieve this you wish to use the positive reinforcement technique, you should have treats in your hand and when say to your dog in a clear authoritative voice “SIT” at the same time raise your hand above the dogs head so the dog sits as their focus is on the food in your hand and when the dog sits you will reinforce the sitting behavior with a by giving the treat. Continue this over time until the behavior is learned, however you must remove the reward of food slowly over time and replace with a “well done” or which ever verbal praise you wish to give and maybe a cuddle and a scratch.

Negative reinforcement is when you reinforce a behavior by removing something, for example, you command your dog to “SIT” and then you apply downward pressure to their hindquarters until the dog sat, at which point you remove the pressure from their hindquarters that is why it is called negative because you at taking away the pressure. The reason why this kind is not punishment is because you are increasing the behavior rather than decreasing the behavior which is what punishment does.

Now we come to not nice word punishment and yes punishment isn’t nice but as I explain you will hopefully see that punishment used correctly can be a non harmful tool to train your dog. What is punishment? Punishment is a process where a consequence immediately follows a behavior which will decrease the future occurrence of the behavior. Similar to reinforcement it can be positive or negative.

Negative punishment is when you take away a desired stimulus after a undesired behavior is performed making the behavior less likely to happen in the future. For example you are walking your dog and they start to pull, You stop walking and wait till your dog stops pulling. You are negatively punishing the behavior of pulling by taking away the stimulus of walking, so it is less likely that your dog will pull in the future.

Which Training Technique is Best?

These techniques are used to produce desired behaviors, but a positive consequence is more powerful and will increase the likelihood of learning the behavior.  So when training your dogs positive reinforcement combined with negative punishment is the best combination to use as it wields the fastest results without causing harm to you pet.

One thing to note is that you must continue to reinforce behaviors from time to time, after your dog has learned the behaviors, otherwise they can become extinct and you will have to start training all over again.

What tricks have your trained your dog to do?

Heather is the Owner & Founder of Trusty Tails Pet Care. She started walking dogs in 2006 and since then, her business has flourished into an incredibly successful dog walking & pet sitting business servicing the New York Metro Area. She's incredibly passionate about animals and even more so about providing professional pet care and helping people make educated decisions about the right pet care for their pets.
Previous Post: «